So we have ordered our first batch of PCB's delivery due around the 12th Jan. Testing of different OP Amps continues over Christmas. The Sparkos is still my favourite however a friend prefered the Burson today. I'm hoping to carry out some more controlled tests in the coming days with the aim of defining there sonic traits. #Amp

Our first pair of Nord One Mono Blocks testing prior to shipping.

Final design of the new input buffer board

The NCore NC500 is an OEM product used by manufactures of high end audio amplifiers and can be found in some very large companies high end product lines. It differs from the NCore NC400 as it has no input circuitry. This is where manufactures can add there own "house sound". So we at iQ have produced our own which will be capable of taking vaurious op amps and Hypex's upgraded discrete voltage regulators, including discrete op amp offerings from Burson and Sparkos Labs. This 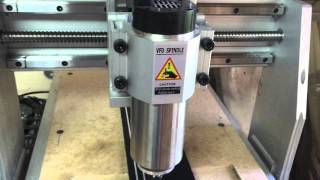 Our new CNC in action producing a nice finish!

To say I'm bown away would be an understatement, Its taken the standard Nord One NCore NC500 (pretty much same sound as the NCore NC400) to another level. The standard version is superb, highly powerful and acurate and equualed the Abrahamsen beacuse it was different more powerful, cleaner. If you asked me to sit in an average room which you would listen to for hour on end I would pick the Abrahamsen, full stop. Not now, after trying the new input buffer board. We tried both
123
4

New CNC up and running at last. Much better, faster with a good improvement in finish.

First Batch of Nord One UP's ready for Shipment.

Buffer boards go into production, new board tested and work fine, phew I have 150 of them!

Laser Engraver up and running, finally!